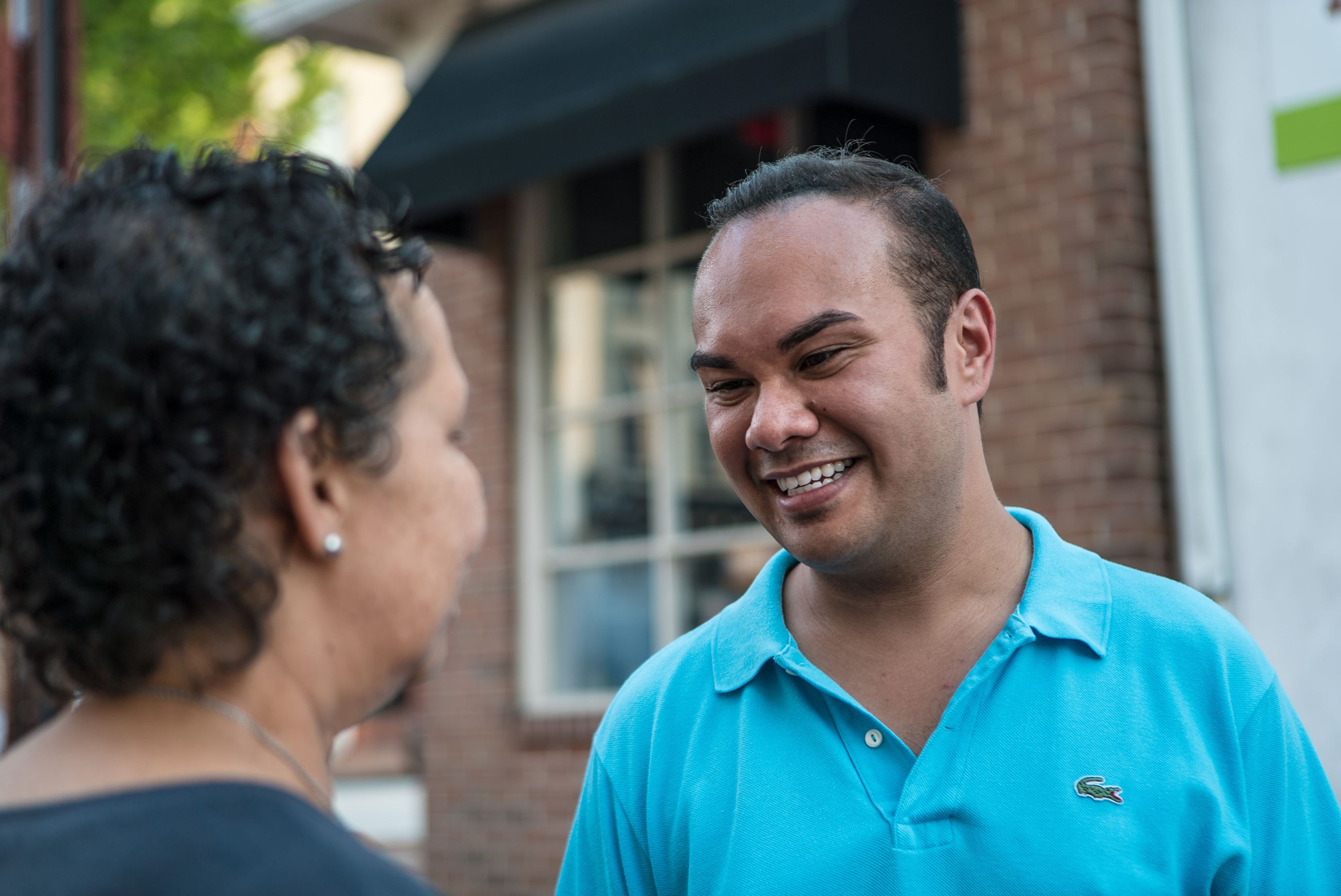 PHOENIXVILLE -- Mayor Peter Urscheler is one of the Nation’s Ten Outstanding Young Americans for 2019.

“I’m honored to have been selected to receive this prestigious award. I’m also incredibly humbled to be able to represent the Phoenixville Community on the national stage,” said Mayor Urscheler. “We are the quintessential story of a Pennsylvania Steel Town: strong and innovative. Working together, we have risen from the ashes and reinvented ourselves. I’m simply a reflection of all the incredible people in my community and in my life, this award is for them.”

Each year, Ten Outstanding Young Americans (TOYA) presented by JCI USA seeks to recognize the accomplishments of 10 young people who are truly outstanding in the areas of business or entrepreneurial accomplishment, political achievement, humanitarian, or voluntary leadership.

The Ten Outstanding Young Americans program (TOYA) is one of the oldest and most prestigious recognition programs in America. Annually since 1938, JCI USA has sought out ten young people, under the age of 40, who best exemplify the finest attributes of America’s youthful achievers. Mayor Urscheler and the other members of the list will be honored at the 81st annual black-tie awards ceremony on September 28 in Corpus Christi, Texas.

“The 2019 Ten Outstanding Young Americans are truly accomplished individuals in their fields, as well as in creating positive change within their communities,” said Tricia Buehne, 2019 National President for JCI USA. “These 10 individuals represent the best and the brightest of young people in America and we should strive to emulate them in our everyday actions. Each Honoree has shown a commitment to that hope, reminding all Americans that no problem is too difficult when handled with grace, ingenuity, courage and determination.”

JCI USA was founded in 1920 as the original member of the Junior Chamber Movement. JCI USA’s mission is to develop opportunities that empower young people to create positive change. Since its inception millions of men and women have joined JCI USA and have gone on to become successful in business, community, and many other walks of life. JCI USA is part of JCI which is comprised of close to 200,000 members in nearly 120 countries across the globe. To learn more about JCI USA, visit JCIUsa.org.

Mayor Peter Urscheler is a first-generation American who grew up in Tavares, Florida. He is the only child of Norma and Emil Urscheler.

His Mother, Norma was born in the Philippines and rose from extreme poverty to the forefront of medical innovation, working with many world-renowned medical pioneers, including Philadelphia’s Dr. John Gibbon, inventor of the Heart and Lung Machine, and Dr. Michael DeBakey, a leading heart surgeon.

His Father, Emil was born in Switzerland and began his career as a Professional Soccer Player with FC St. Gallen and later became a Master Craftsman specializing in Victorian Furniture.

Urscheler’s parents met and were married in Australia. Although his parents where much older when he was born they were always active in the community and their family was heavily involved in a number of school, church, sports, theater and community programs; which inspired Urscheler’s lifelong passion for service.

Urscheler’s leadership became apparent early in his life, as a high school student, he was elected president of his class, three years in a row. After high school, Urscheler attended Stetson University and became a prominent University and Statewide student leader – elected as the youngest Student Government Vice-President and a two-term President.

As Student Government President, Urscheler launched a statewide campaign targeted at raising student scholarships from the state legislature. The campaign raised over $17 million in educational grants, impacting 28 educational institutions and over 30,000 students in Florida.

After college, Urscheler was recruited by the CEO of SEI based in Oaks, Pennsylvania where he worked in a variety of roles including Technology Implementations, Relationship Management, Leadership Development and eventually as a Director of Communications.

Inspired by his Mother’s life and the impact she had on those around her, Urscheler left his prominent corporate career to pursue his passion for community and focus on caring for his aging father.

Urscheler opened his own communications consulting firm in mid-2014, with a hyper-local focus, he was able once again to commit his time and talents to his first love - Service. He quickly became involved in a number of local organizations and was elected President of the Phoenixville Jaycees and eventually Pennsylvania Jaycees.

In 2017, at just 34 years old, Urscheler, was elected Mayor of Phoenixville, the youngest in the borough’s 170-year history. On, January 2, 2018, at 90 years old, Urscheler’s father Emil, held the bible, as his only child was sworn into office and in a bittersweet turn of events, Emil died peacefully in his sleep that night.

In addition to his duties as Mayor, Urscheler serves on the Board of Directors for the HOBY PA East Youth Leadership Conference, Phoenixville Area Senior Center and Schuylkill River Heritage Center. Urscheler, has also continued his advocacy work and is a recognized champion of the United Nations Foundation, Nothing But Net’s Campaign.

Founded in 1849 and once known as a booming industrial community, Phoenixville has undergone a tremendous renaissance in recent years. Located just 27 miles from Center City Philadelphia, today the thriving Borough of more than 17,500 residents is a vibrant gathering place for millennials and baby boomers alike. Its historic downtown has become a well-known destination for craft breweries, distilleries, eateries, boutiques, and cultural venues. The Borough hosts more than 50 festivals per year and is best known for its Blob and Firebird Festivals. To learn more visit, Phoenixville.org.